History of the Villa

The Villa Royal History starts in the late 1700s, the year in which it was built.

At the beginning the Villa was smaller and inhabited by artists, and it was used for their studies. At the end of the nineteenth century the Villa, was part of the studies of the well-known Botanist Angiolo Pucci, who in the census of Florentine gardens noted precisely : small villa in Via delle Ruote near the Church of San Giuseppe, which had a gate, which gave on to an internal courtyard, and behind the structure a large but uncultivated garden.

The fate wanted that the Villa was spotted by the famous Florentine property developer Egisto Fabbri, who bought it with other land and buildings in the area. On the occasion of the wedding of one of his nieces, he became a gift for the wedding.

The Grand daughter , Alice Fabbri, married a famous Neapolitan violocello musician: Ottavio De Piccolellis. From here on, the Villa is reborn and finally takes all its glory. 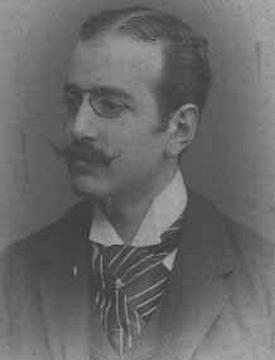 The De Piccolellis Family have it restructured, in a neoclassical style and enlarged, under the direction of the architect Riccardo Biscardi. Most of the stuccos and decorations of the time are still visible. Mr. Ottavio De Piccolellis settled in Florence and in 1896 founded the Symphonic Society Cherubini undertaking a long conducting activity. 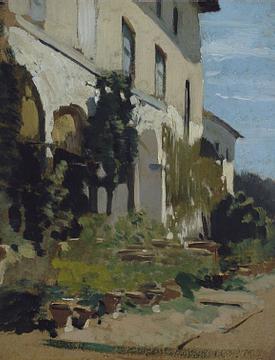 Then he retired in the following years and he created, in his home , a circle of artists including Odoardo Borrani, Telemaco Signorini, Silvestro Lega, Giuseppe Abbati, Giovanni Fattori and others, who met to discuss art and perform chamber music. Some of the names mentioned above were representatives of a famous artistic movement: I Macchiaioli.

The Macchiaioli assemble in Florence, at the Caffè Michelangelo, in Via Cavour, not far from the Cathedral of Santa Maria del Fiore. They opposed Romanticism, Neoclassicism and Academic Purism. They wanted to renew the national pictorial culture, on the wave of the political innovations of the time. We are between the nineteenth and twentieth centuries. Using the technique called "the mirror", blackened with smoke, which allowed to exalt the contrasts in light and dark of the painting, they were looking for the highlight of the color, through a realism made of nature, immediacy, pictorial description.

At the death of Mr. De Piccolellis, in 1928, the Villa was sold to the Family Terrosi /Vagnoli for a period of about twenty years, during which further modifications were made to the structure.

As evidence of the passage of this other Tuscan Family, we still have their heraldic coat of arms on the first floor of the Villa. The coat of arms is divided into two, on one side three branches of natural rosebush accompanied by a golden comet on the head, on the other some swans. 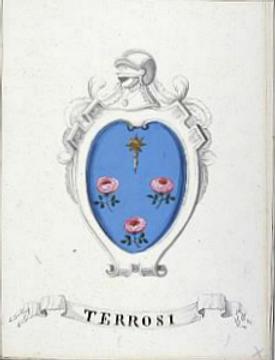 Symbol used for a good omen and long life. The emblem is still used as a logo of the Villa Royal. During the Second World War we have trace a very short occupation of the Villa by a handful of Nazi military.

In the post-war period the Villa became the property of Carlo Marchi, the father of Cesare, founder of the Carlo Marchi Foundation. In 1946, by succession, the property passes to the Heirs. Mr. Marcello Marchi made it as his residence until 1956. Shortly thereafter, the Villa, after major works, will be transformed into an accommodation facility. The HOTEL ROYAL opens.

Over the years various managements have followed up to the present day, in which the structure has taken its original name, VILLA

Why book with us